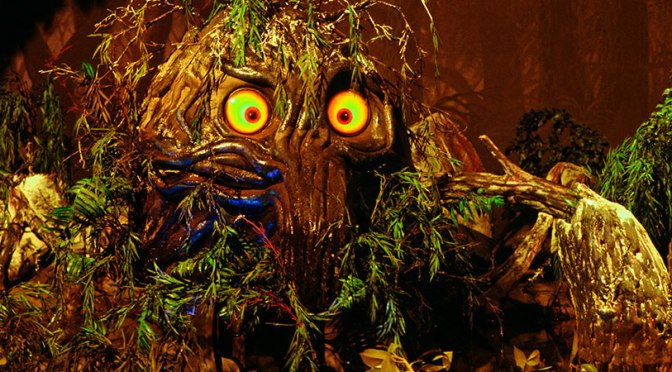 Having visited Walt Disney World and EPCOT several times, one of my favorite attractions is the Maelstrom in Norway. 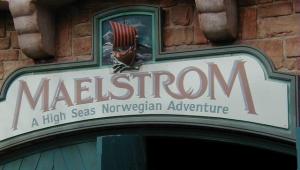 This enchanting boat ride begins by taking visitors back in time to a mythological and idealist version of the days of the Vikings. 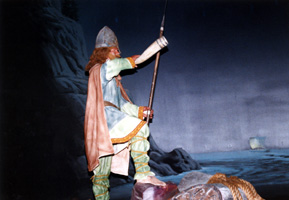 Passing through scenes of the various sailors and Vikings, passengers suddenly find themselves in an enchanted swamp and are confronted by angry trolls.

“Disappear! Disappear!” the Trolls yell, and then things really get strange as the boat is turned backwards in the current and sent plunging (still backward) down a waterfall. Passengers catch a look at some polar bears and living trees before coming to a near stop upon the very edge of yet another waterfall. This is especially interesting because it allows a glimpse of the main entrance to the Norway area. I recommend riding this at night just for the effect. The boat then rotates and passengers are reassured and back in a forward facing position, but only for a moment, for the boats plunge into the very stormy North Sea.  Passing dangerously close to an oil rig, things then calm down and the ride ends in a calm and peaceful harbor town where passengers disembark from the boats at the dock. There is then an option to watch a 6 minute film that highlights the history and rich folklore of Norway. 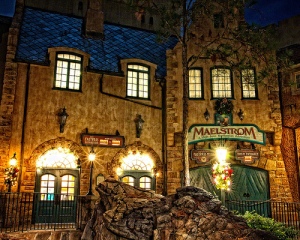 The next time you visit EPCOT and the Maelstrom, be sure to look for Hidden Mickeys on the attraction.

During the development of this attraction, the representatives from Norway’s sponsors made it clear that it was not to be a troll-centric concept. That is to say, they wanted all aspects of Norway to be represented, not just the troll rich folklore, for Disney’s Imagineers wanted it to be focused more on the trolls initially.

What do you think?