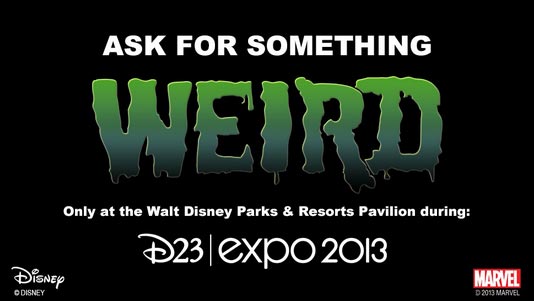 What do you think?

I am not shy at all to admit that I am in love with a mouse.  I have always adored Mickey and millions of other around the world have as well — so much so that he has become instantly recognizable in every corner of the globe and a part of many cultures. But how did our hero rise from his humble beginnings as a replacement for Walt Disney’s lost character of Oswald the Lucky Rabbit to the superstar he is now?  Today’s inforgraphic traces his history and evolution from his “birth” in 1928 to present. [VIA]

For those of you who have been following my blog for the past year, (Wow! A year already. Thank you to everyone!) you know that my favorite Walt Disney World theme park is EPCOT. And my favorite part of EPCOT is World Showcase. I’ve always loved to travel and around World Showcase you can visit 10 foreign countries all in one afternoon.

To pay tribute to those countries around the lagoon and to give you a taste of what those countries are really like, the Disney Imagineers did a beautiful job of recreating the architecture of each country when they designed the different pavilions. I’ve gathered some photos from both EPCOT and the countries to give you a comparison. EPCOT photos on the left, real places on the right.

Canada is patterned after a 19th century French chateau in Quebec City.

Our biggest congratulations to Paperman and Brave for winning Academy Awards on February 24, 2013. They made their own fate!

Oscar has never looked so good! What are your thoughts?

Your thoughts on Splash Mountain?

Splash Mountain is a log flume ride, and yet it’s so much more than just a log flume ride. It’s a wonderful combination of drifting lazily along a mellow river, being entertained by the antics of Br’er Rabbit, and experiencing the thrill of several smaller drops that lead to the big one: a five-story plunge! After the finale, you’ll be humming “zip a dee doo dah” as you check out your ride picture (which is taken during the big drop).

Recently, two of my boys wanted to do Splash Mountain as our last ride of the day. It was almost park closing time, so we hustled on over there. We just barely made it to the queue entrance as a cast member called out, “last call for Splash Mountain!” We rode the last log of the day, and what a thrill it was! I can truly say that there is…